How to Draw the Simpsons

Here's an article from the Summer 1992 issue Simpsons Illustrated that showcases tips and tricks to drawing Our Favorite Family: 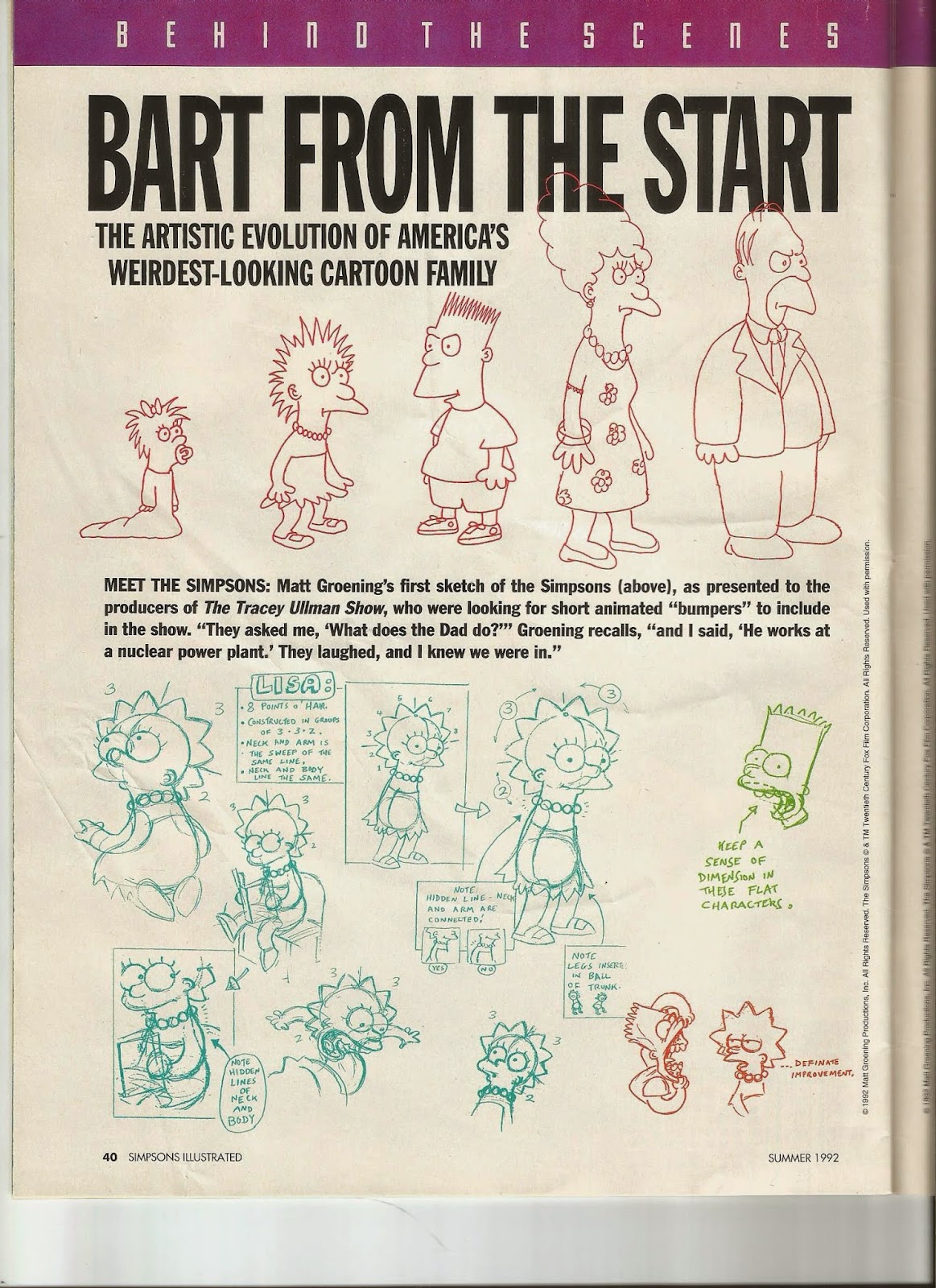 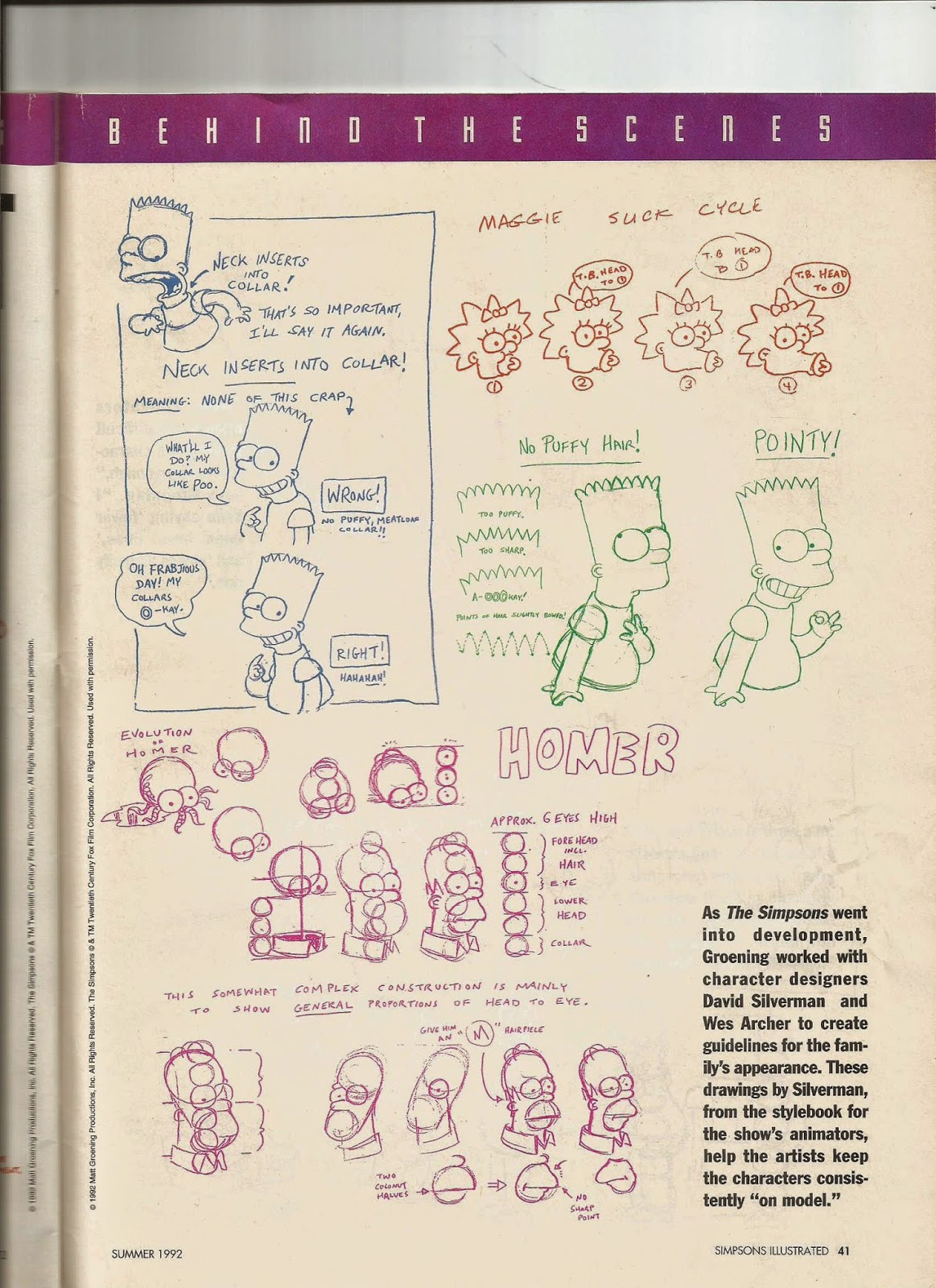 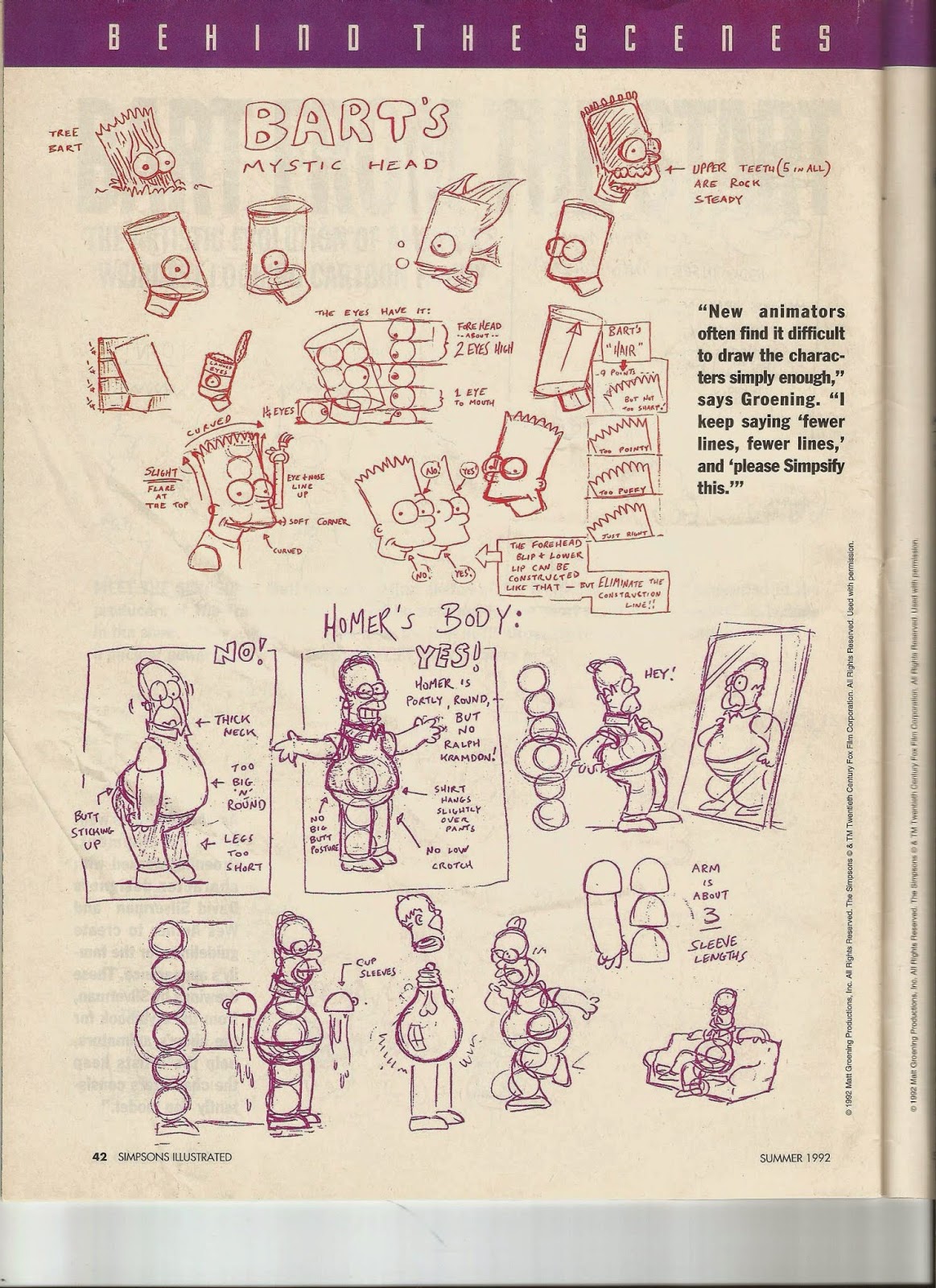 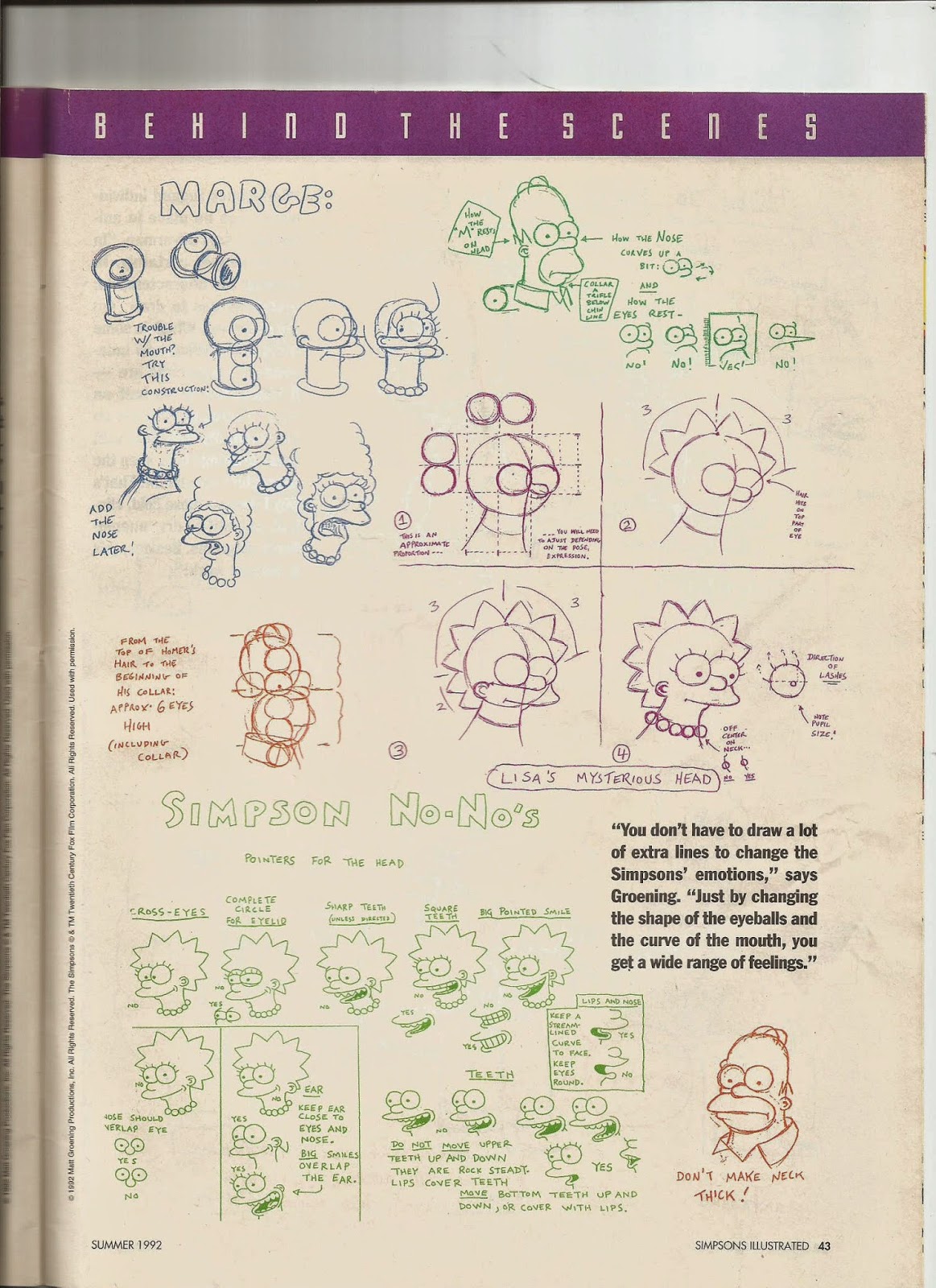 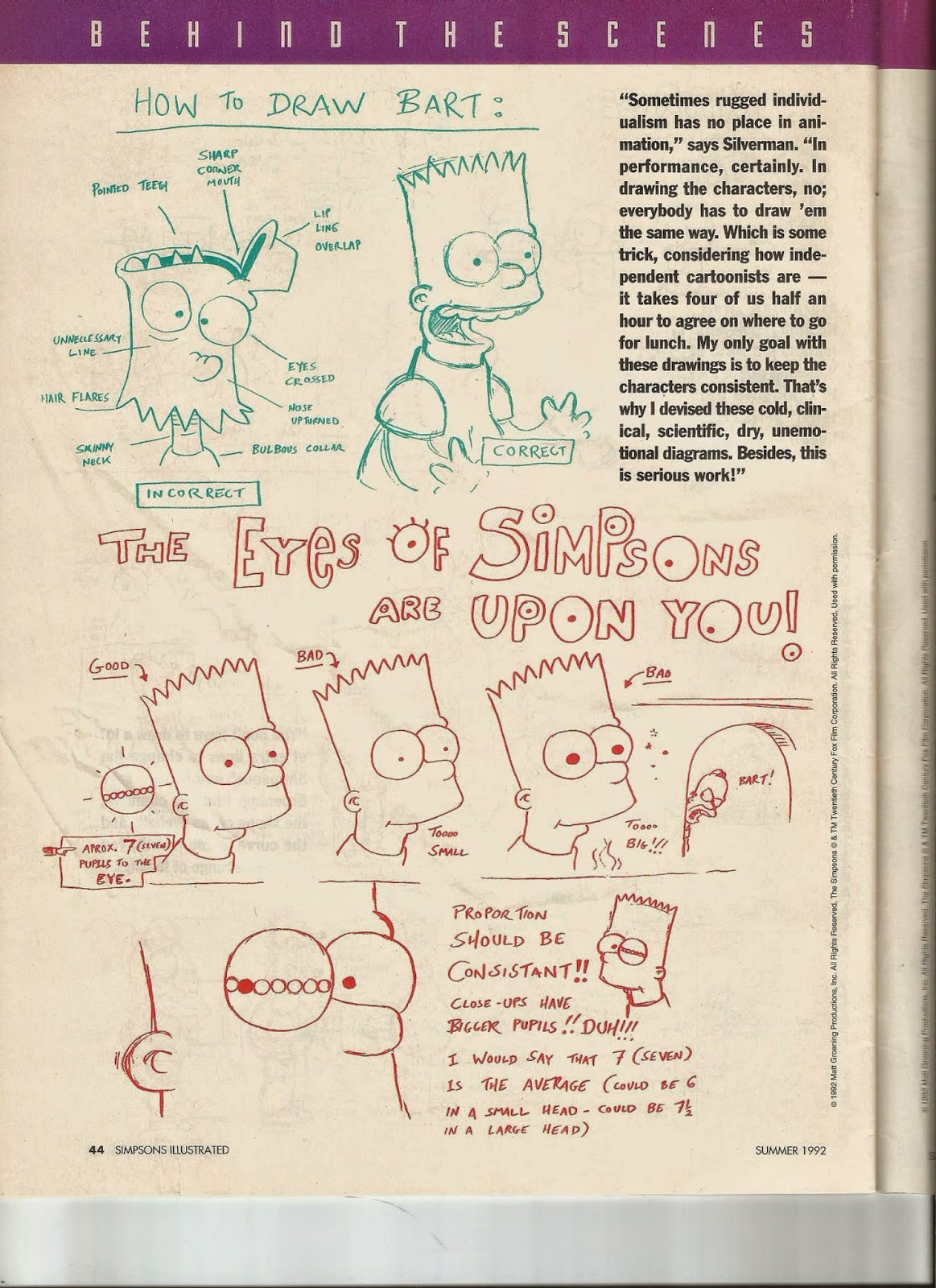 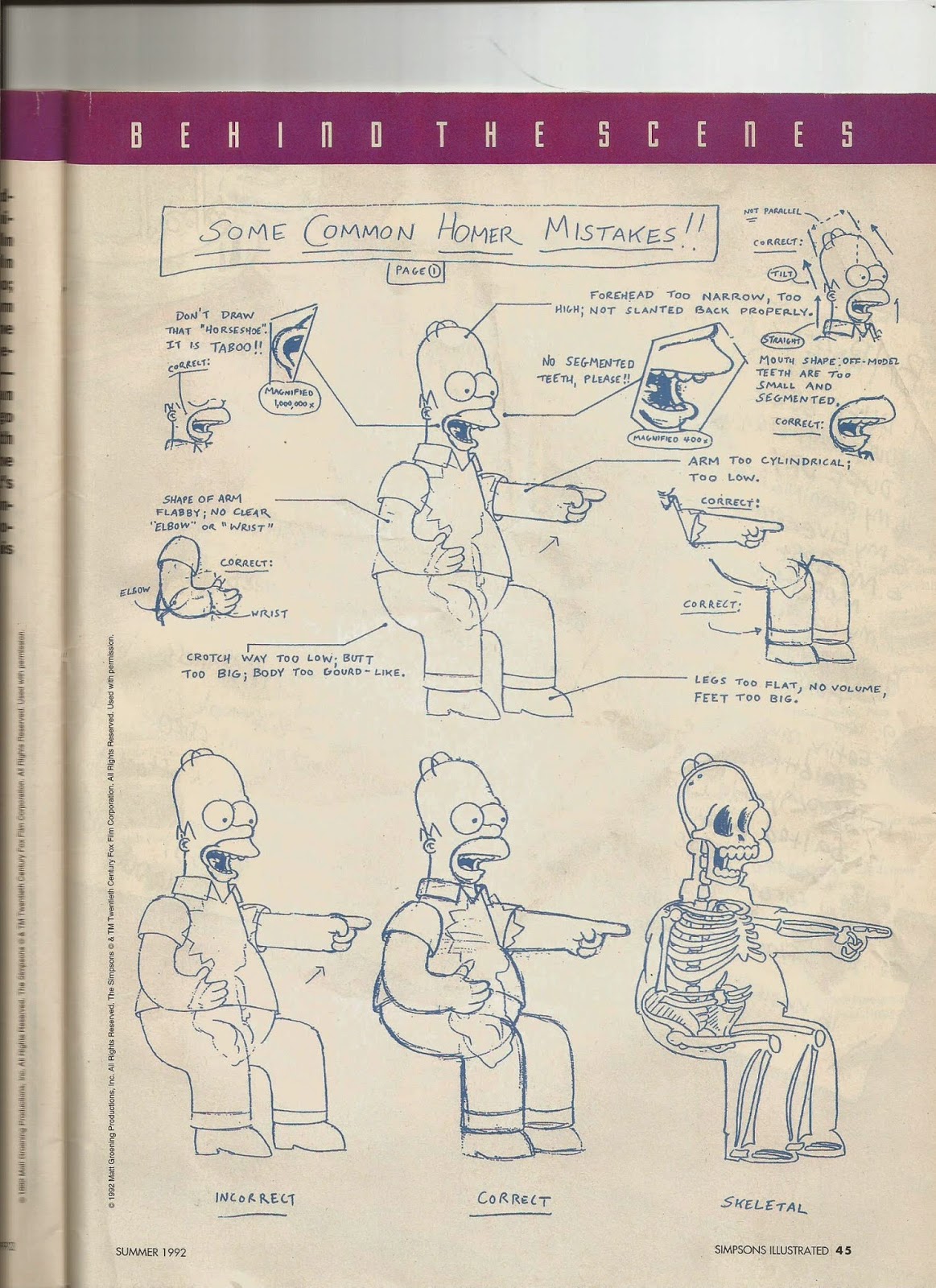 Fore more information on drawing and animating the Simpsons, check out Cartooning with the Simpsons and the Simpsons Handbook.
Posted by John Pannozzi at 6:56 PM No comments:

The Simpsons Parody Youngblood and WildC.A.T.s

"When Bongos Collide!" was a comic book storyline that ran through Itchy & Scratchy Comics #3, Simpsons Comics #5, and Bartman #3.  In it, the residents of Springfield were transformed into reckless super-powered beings (the story behind all this is really funny, and I don't want to give too much away).  Included were parodies of the Image Comics teams Youngblood (as "Old Blood") and WildC.A.T.s: Covert Action Teams (as WildB.R.A.T.s: Wild, Bullying, Rowdy, Adolescent Team): 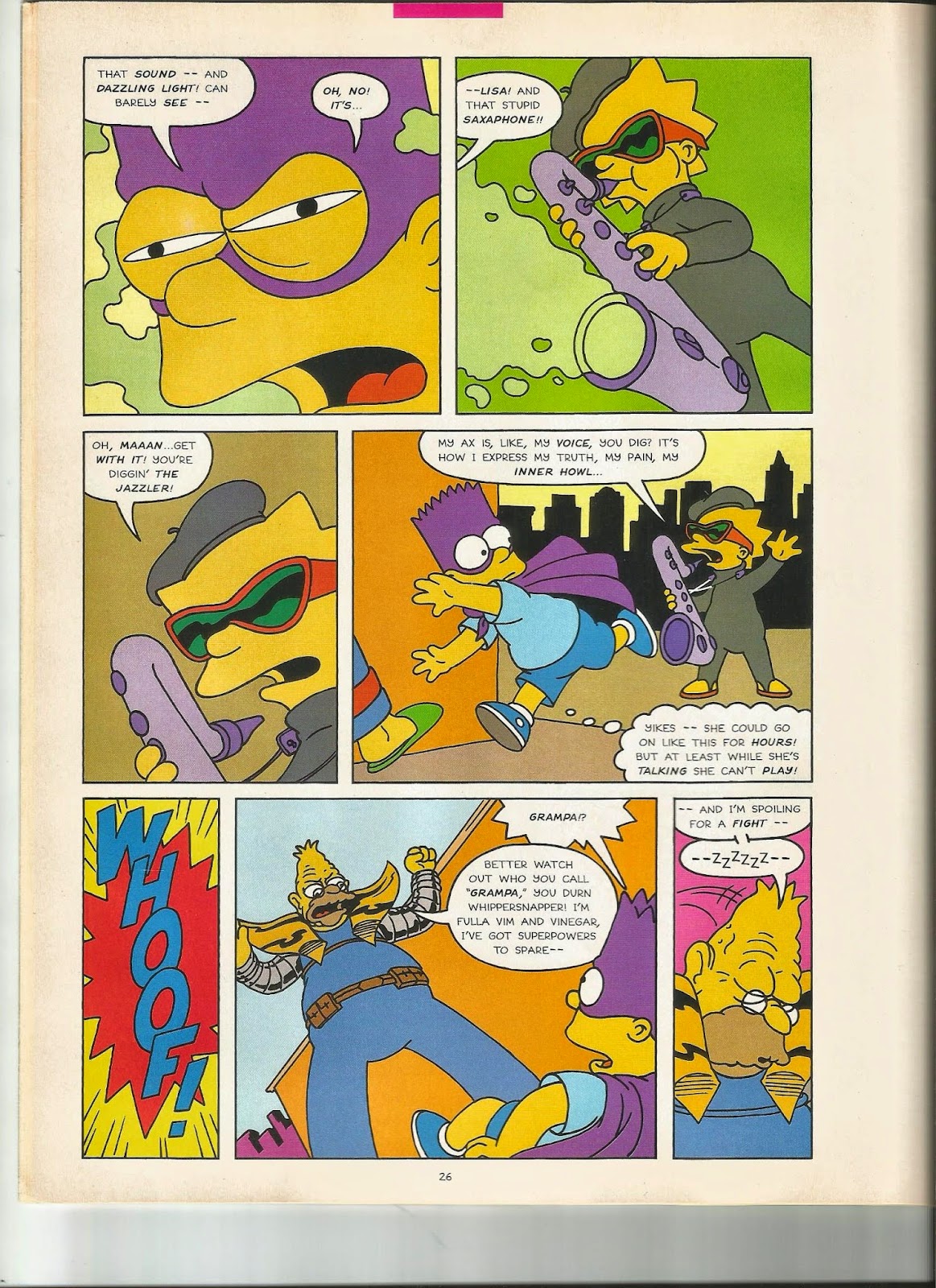 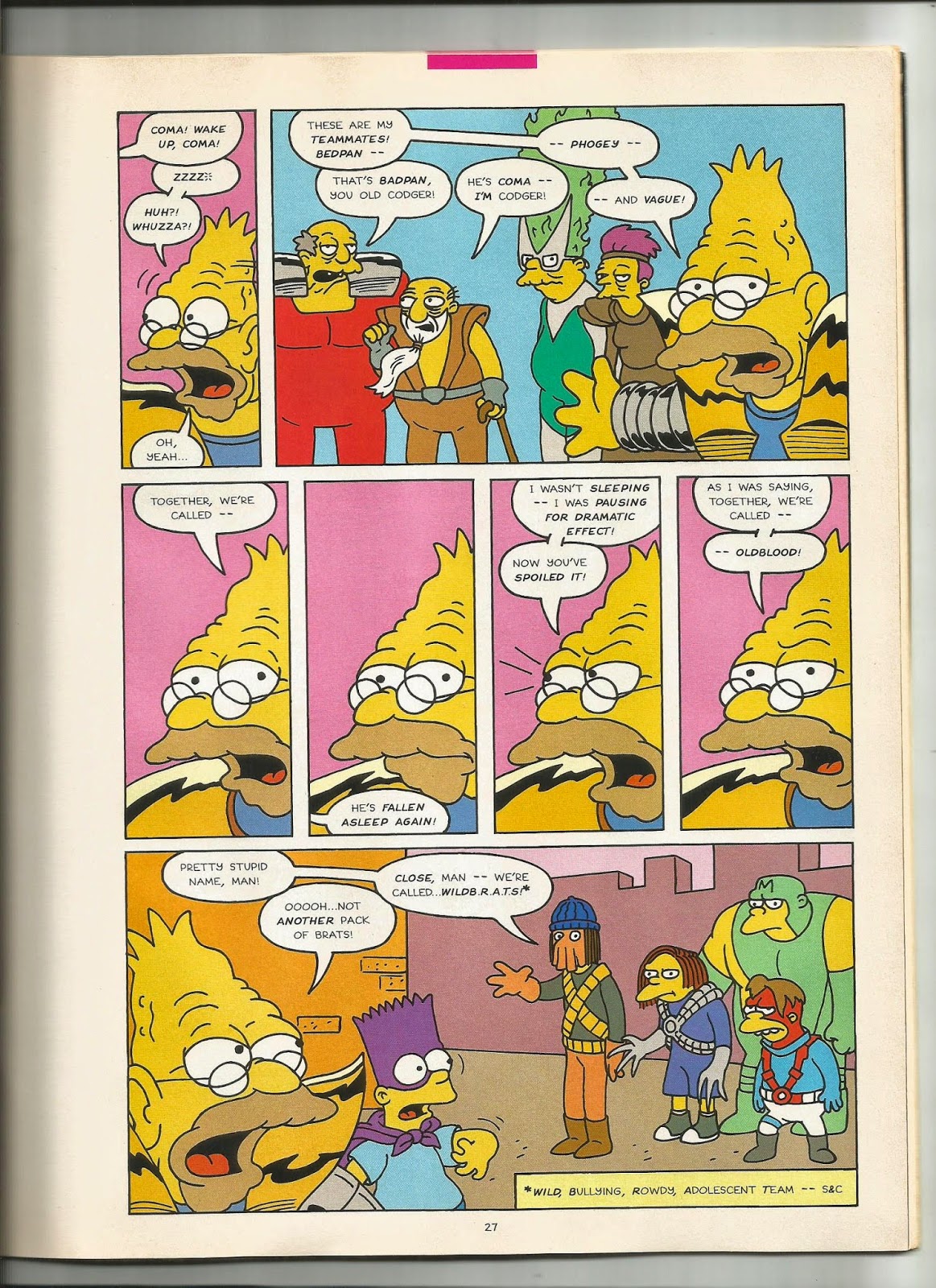 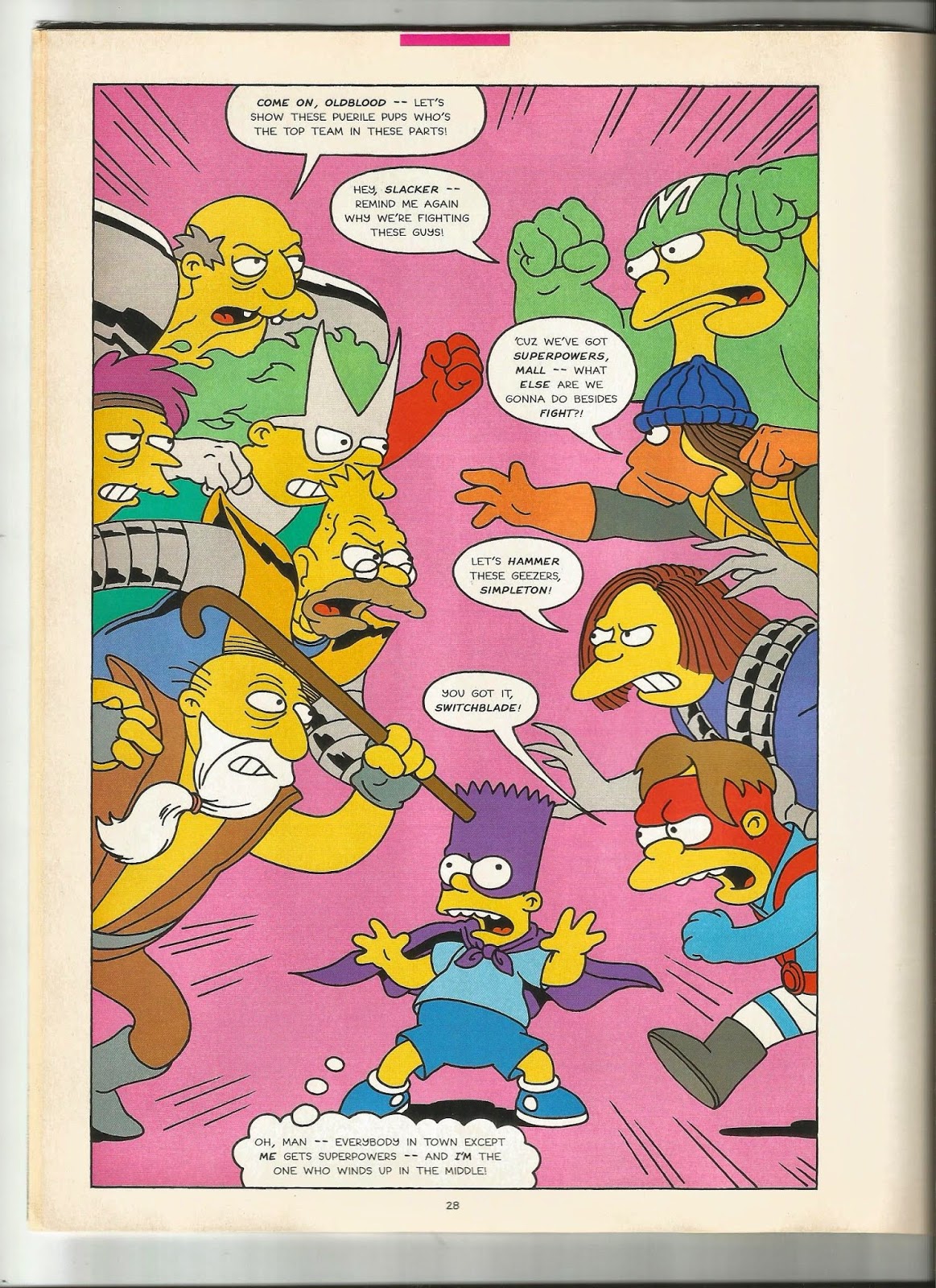 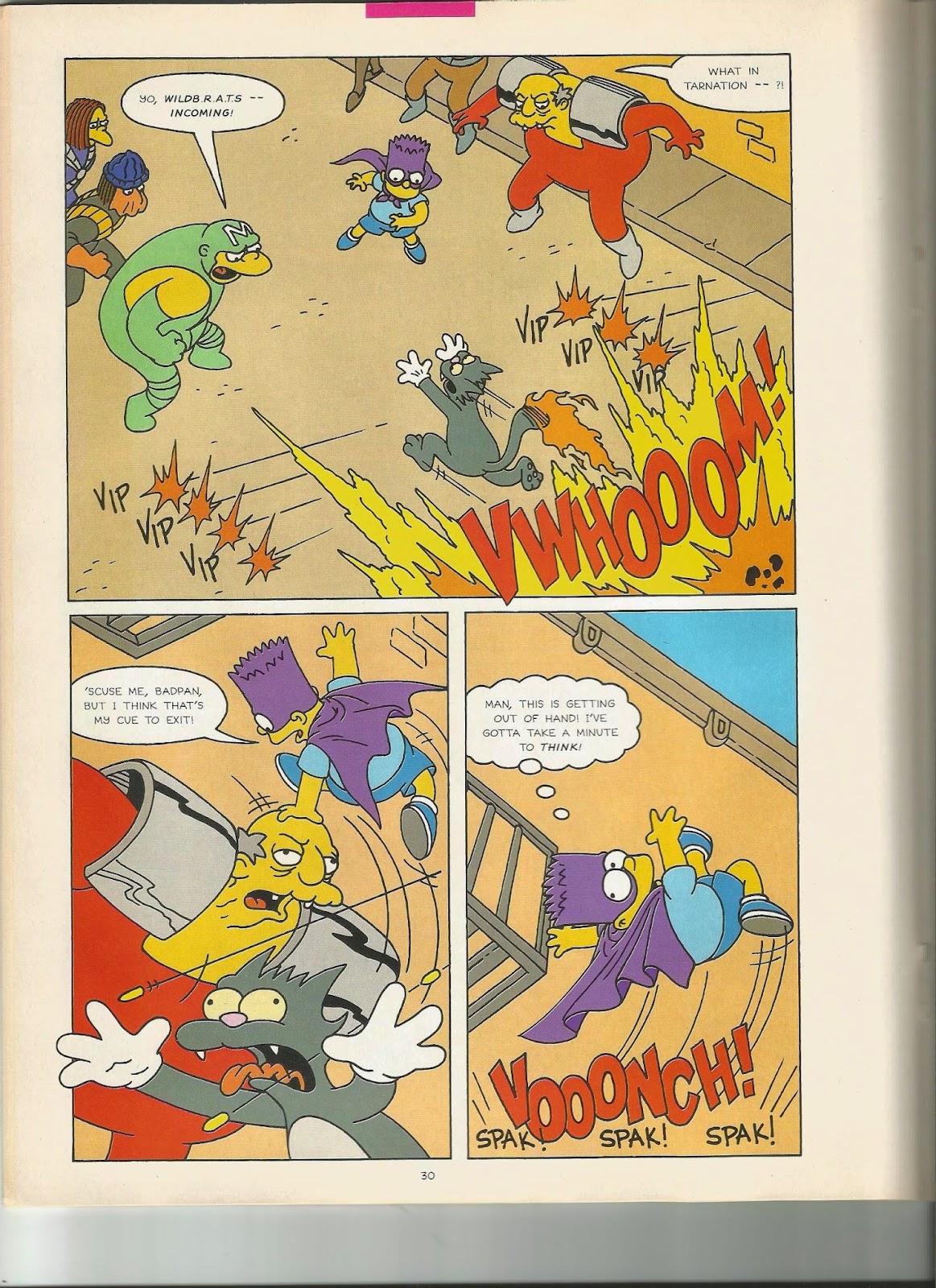 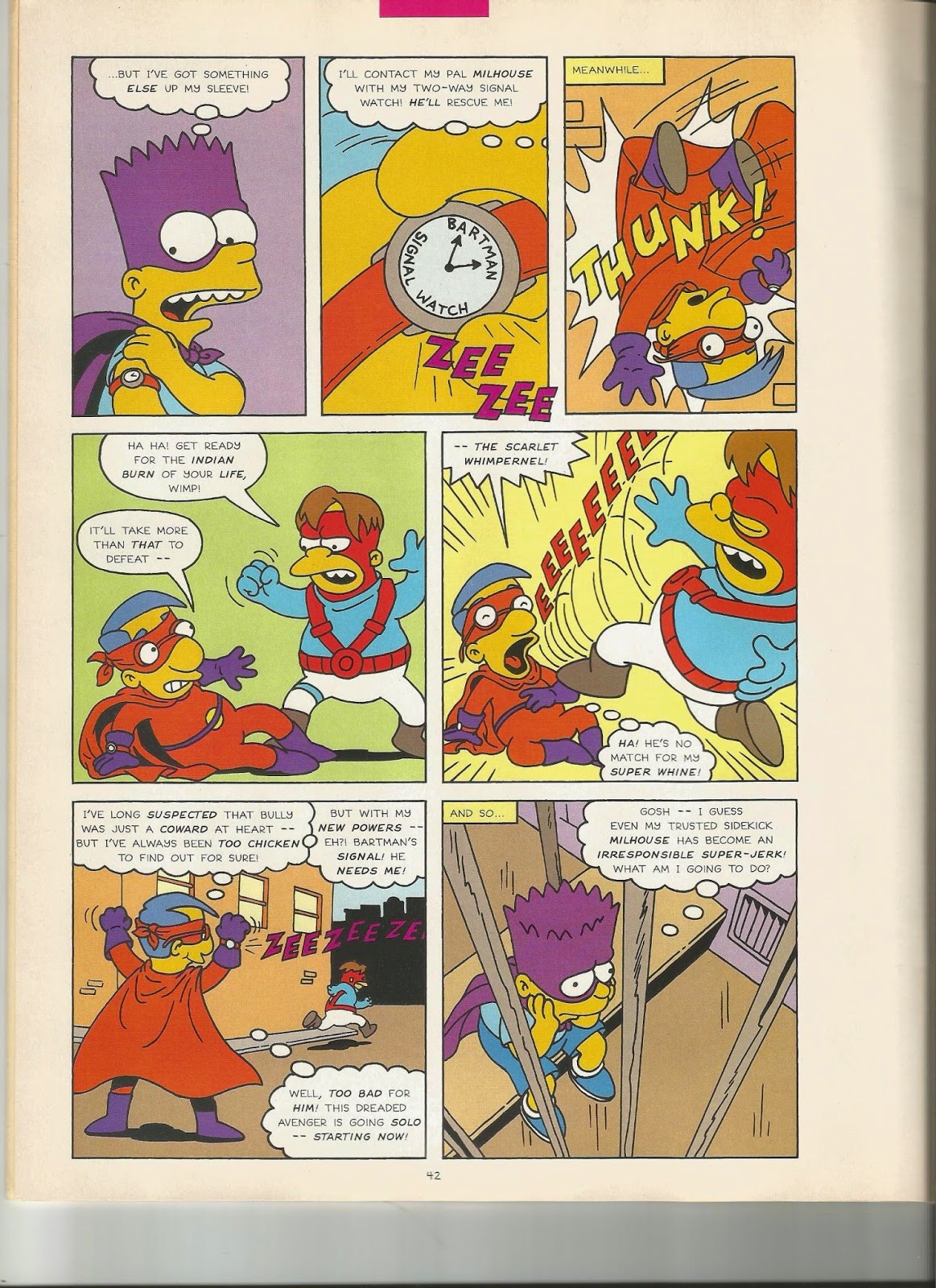 Note the reference to the name-change of a certain member of Youngblood.  For more info on "When Bongos Collide!", check out The Simpsons Wiki or Wiki Simpsons.﻿ You can buy the entire storyline in the trade paperback Bartman: Best of the Best, or in the magazine-sized Simpsons Classics #3 (from which I procured these scans).
Posted by John Pannozzi at 5:41 PM No comments:

Who the hell is Savage Dragon? | Meanwhile...

Savage Dragon is my favorite superhero comic book ever, and it's impressive that it's made it to issue #200.

Posted by John Pannozzi at 3:28 PM No comments: